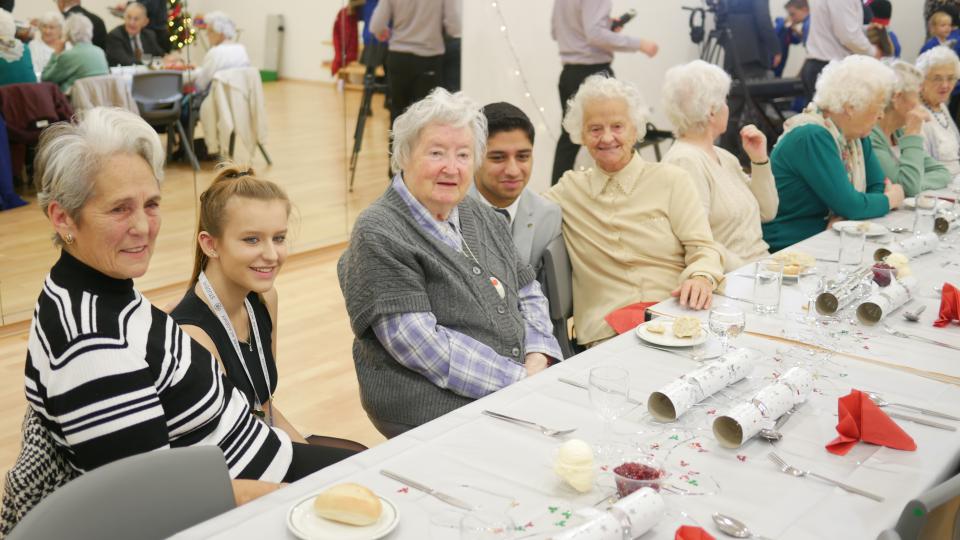 Over 50 guests attended from local care homes The Oaks and Bishop Alexander Court as well as people recommended by the Salvation Army and Royal British Legion.

Entertaining guests as they arrived were 22 pupils from Barnby Road Primary School. The choir, made up of children in years 4 and 6, sang a number of festive songs which had everyone tapping their feet. Students of Newark Academy Sixth Form served a three course Christmas dinner throughout the performance.

Following their meal, guests were then treated to a performance from a year 9 drama group, crafts and a game of bingo.

The whole event was planned by the Newark Academy Sixth Form, using money raised from RAG week earlier in the term. Head Boy Ali, and Head Girl Millie led both events and were both very happy with how things had gone. They said:

“It’s important to Newark Academy to create a community feel and what better time to do this than at Christmas.

Some people don’t have family and friends to share Christmas with so we wanted to invite them here to have a fun, festive afternoon. We even found that some people who hadn’t seen each other in a while have bumped into each other today which is really nice.”

The whole event was a massive success with everyone saying how much fun they had. Here’s to next year!