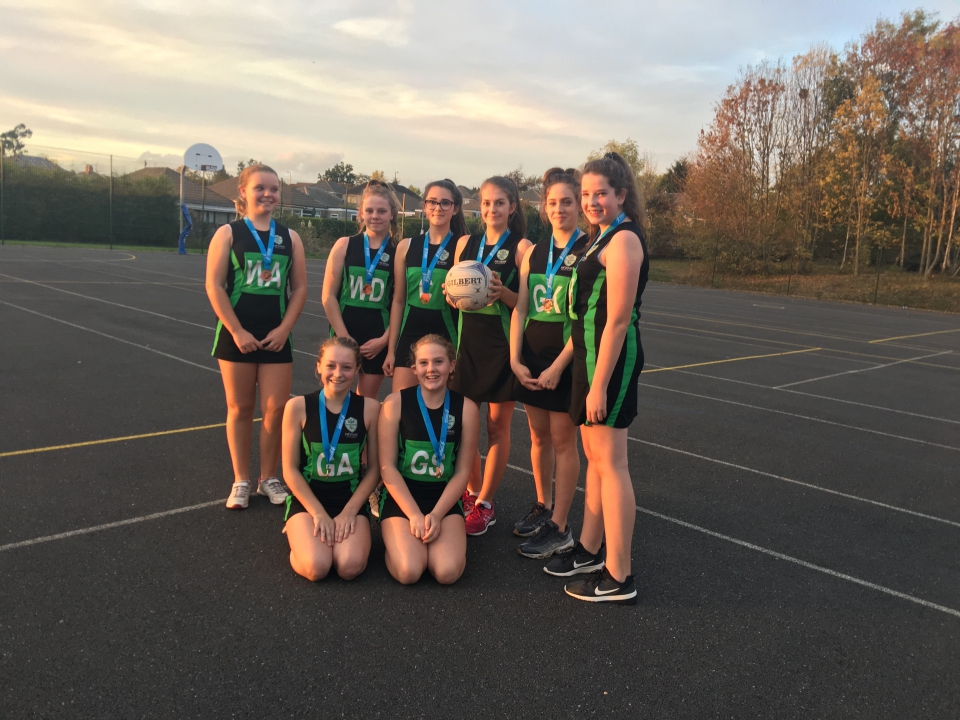 A fantastic 3 weeks of play at round 1 & 2 and the finals for the year 9 netball Central Venue League.

The girls played with pure class throughout the games to put them into a great position in the finals. For rounds one and two we travelled to Carlton Le Willows winning all but one of the games with over 60 goals scored. The way the girls attacked the circle to get the players closer to the net to ensure a goal was fantastic. They defended the other end with as much class when the ball was allowed out of the centre third.

The final was held at Fernwood School, Nottingham. Six top teams from three CVL's came together to see who would take the medals home. Our girls did not disappointed and played some amazing netball. Well deserved bronze medals.

There were some thrilling games played with players switching positions to allow everyone to play.