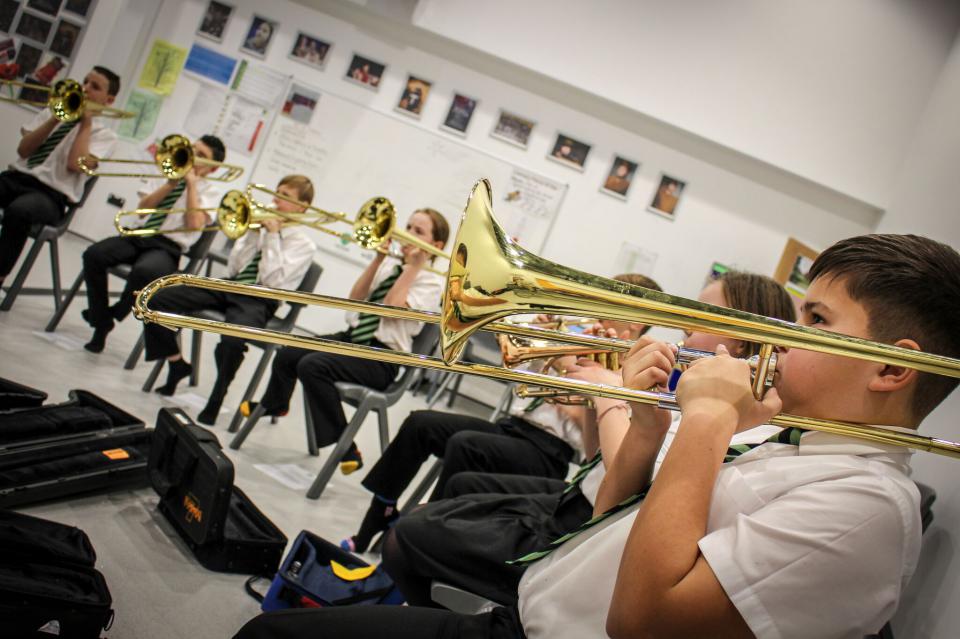 The Christmas Concert took place on Wednesday 14th December, with 80 students taking to the stage in a variety of acts. Opening the show was Elaine Varney’s Dance School with a beautiful nativity story. With a mixed range of dancers the infants were delightful as Mary, Joseph, the Angel, Shepherds and Kings.

Also featuring in the show were a number of musical acts from our young brass players with ‘Jingle Bells’, ‘Snowflake’ from the three string players, the Rock School Band and the Choir singing ‘Seasons of Love’. Drama performances treated us to two very different views of Christmas from the thought provoking homeless piece to a more lighter look on what Christmas means to us. Readers from the 6th form read extracts from ‘The Christmas Lesson’, ‘The Trenches in 1914’ and Orla O’Donaghue read an extract from ‘The Country Child’ – about the excitement of opening her presents.

Ally Sadler, Head of Performing Arts said: “The festive feel of Christmas was really in the air on Wednesday evening. It was fantastic to see so many young people celebrating the spirit of Christmas through so many mediums of art.”

This term Yr7 students have been given free Brass music tuition from IMT (Instrumental Music Tuition), a Nottinghamshire based organisation that encourages young people to become interested in playing a musical instrument. IMT is funded by The Arts Council. The term has been really inspirational and Yr7 have really developed their brass musical skills, ready for the Christmas Concert.

All that is left is to wish you all a Merry Christmas and a Happy New Year from Newark Academy Performing Arts Department.